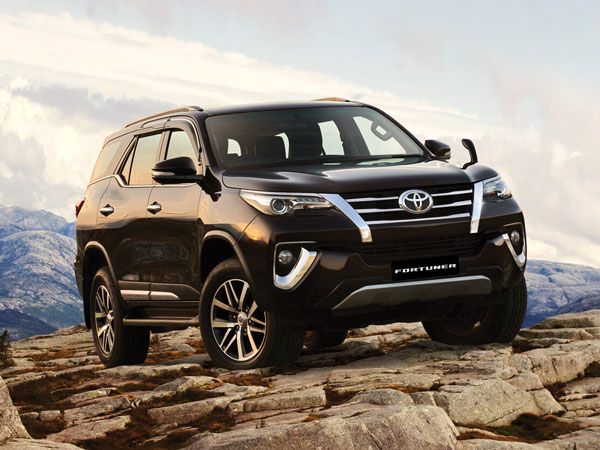 The Toyota Fortuner is a massive SUV and is also one of the most popular in the segment as well. It commands a massive road presence, mainly due to its large dimensions.

Starting off with the front design, the Toyota Fortuner comes with large amounts of chrome. This includes the front grille which comes with three-horizontal slats with the ‘Toyota’ logo at the centre. For such a large SUV, the headlamp clusters on either side of the grille are rather sleek. The main headlamps cluster comes with HID projector units, with integrated LED DRLs and turn signal indicators. Lower down, the front bumper houses the fog lamps with thick chrome surrounds.

Moving to the side and rear profile of the Toyota Fortuner, the SUV comes with large wheel arches, housing 18-inch alloy wheels on the top-spec models. The sides also come with chrome-finished door handles, a thin chrome strip along the window line and silver-finished roof rails.

The rear profile is characterized by the sleek wrap-around LED tail lights. The tail lights are connected together by a thick chrome strip running across the width of the boot-lid. Other design elements at the rear include two reflectors and the roof-mounted spoiler with the integrated brake lights.

Inside, the Toyota Fortuner comes with a well laid out dashboard, with soft-touch materials all around. The cabin feels premium and comes packed with a host of features and equipment. 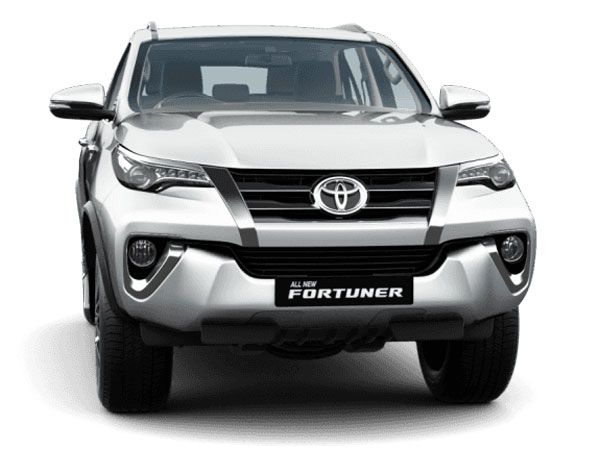 The Toyota Fortuner SUV is offered with two engine options, one petrol and one diesel. The petrol engine comes in the form of a 2.7-litre four-cylinder unit. It produces 163bhp at 5200rpm and 245Nm of peak torque at 4,000rpm. The engine comes mated to a standard five-speed manual with an optional six-speed automatic transmission. 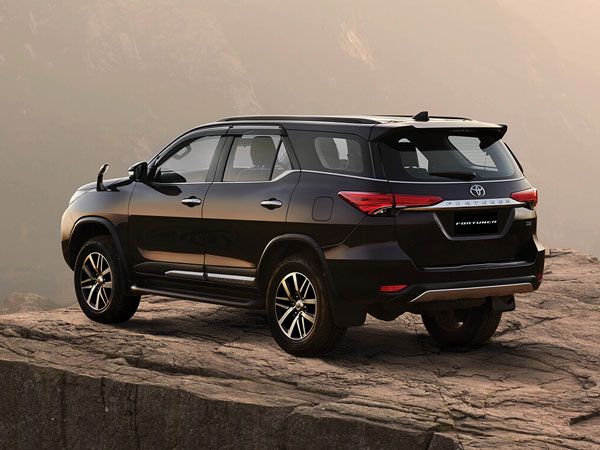 The Toyota Fortuner claims to offer a mileage figure of around 10km/l to 15km/l. This is an average fuel economy figure of both the petrol and diesel engine on offer. 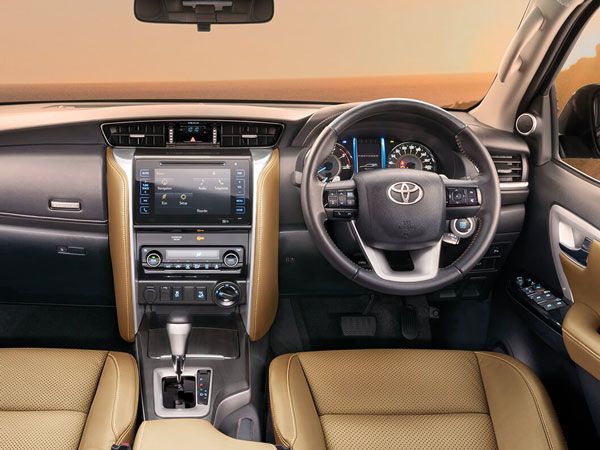 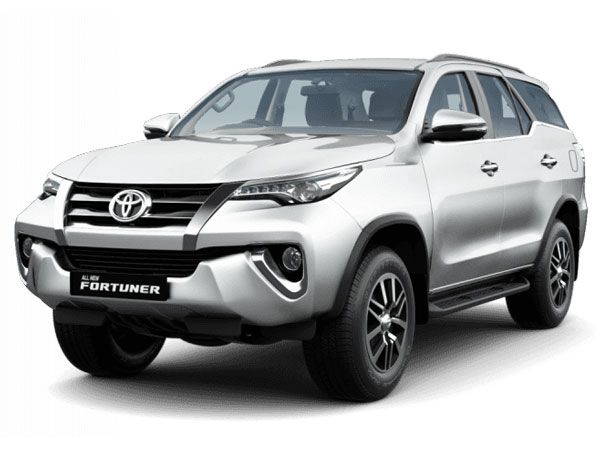 The Toyota Fortuner is a massive SUV with a huge road presence. The cabin offers a host of features and comes with premium materials, which along with two strong performing engines, make it an attractive offering in the full-size SUV segment.