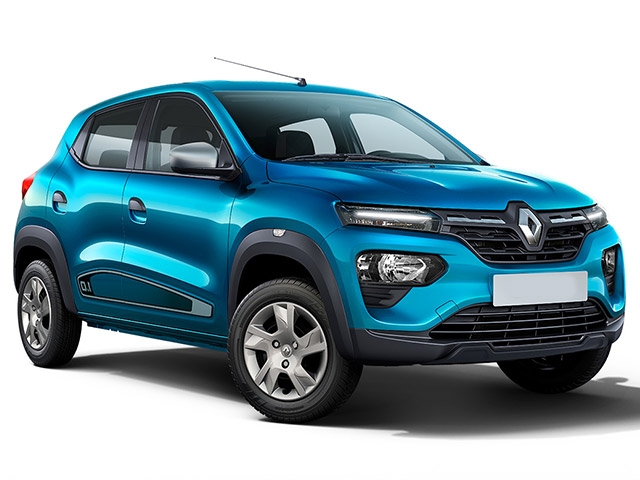 Renault recently updated the Kwid hatchback in the Indian market. The new Renault Kiwd comes with a number of updates, in terms of design, features and equipment list. The Kwid is the French carmaker’s entry-level model in the country, bringing volume sales month-on-month.

Talking about its design, the new Renault Kwid hatchback comes with a completely fresh design at the front. This includes a dual headlamp setup, with the LED DRLs at the top and the main headlamp cluster lower down on the bumper. The large blacked-out front bumper, houses a thin chrome strip connecting the two LED DRLs while the Renault Logo is positioned at the centre.

The side and rear profile of the new Renault Kwid, however, remains almost unchanged. Although there has been a certain minor updates made, to make the hatchback look more modern. This includes a set of newly designed steel wheels, contrasting ORVM covers, updated taillights and redesigned bumpers at the rear.

Inside, the new Renault Kwid hatchback comes with a completely updated cabin. The dashboard is completely blacked-out with contrasting accents around the AC vents, side door panels, around the central console and the seat upholstery. 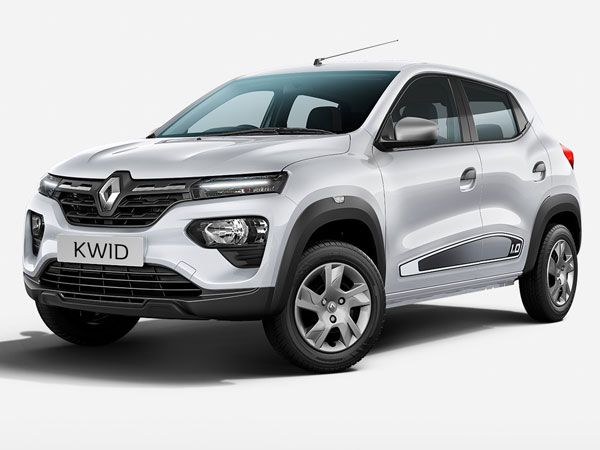 The Renault Kwid hatchback is offered with a choice of two engine options. This includes an 800cc three-cylinder petrol producing 54bhp and 72Nm of peak torque. The other engine comes in the form of a 1.0-litre petrol unit churning out a higher 67bhp and 90Nm of peak torque.

Both engines come mated to a standard five-speed manual gearbox, with the 1.0-litre unit also receiving the optional AMT automatic transmission as well. The two engines have been carried over from the previous generation model, with Renault yet to update them to the upcoming BS-VI emission norms. 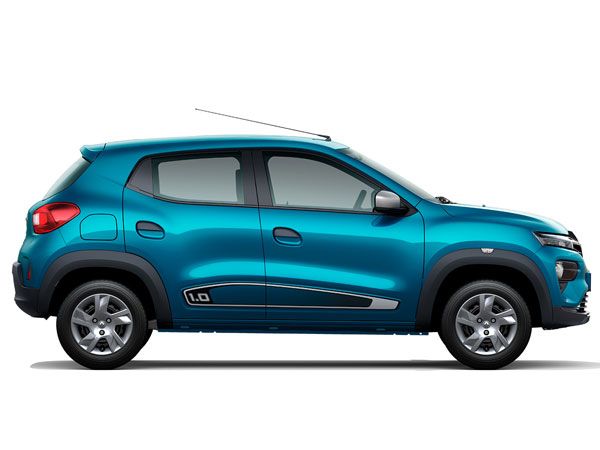 The Renault Kwid comes with an ARAI-certified mileage figure between 23km/l to 25km/l. This is an average fuel efficiency figure for both the 800cc and 1.0-litre petrol engine options offered on the hatchback. 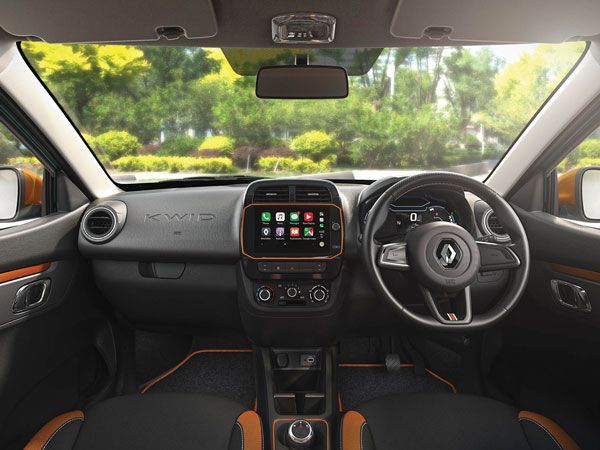 Renault has updated the list of features and safety equipment on the Kwid hatchback. The entry-level hatchback now comes with a long list of features, including a 7-inch touchscreen infotainment system, digital LED instrument cluster, radial AMT dials, multiple USB chargers, along with a fast-charging socket, remote keyless entry, cabin light with theatre dimming and central locking; among others.

The Renault Kwid is one of the best-selling models for the brand in the Indian market. The SUV-ish stance, upright design and large ground clearance of the Kwid makes it an attractive offering in the entry-level hatchback segment. This combined with the long list of features and equipment, makes it perfectly suited for first-time car buyers in the Indian market.

What are variants on the Renault Kwid?

The Renault Kwid is available in a range of 5 variants: Std, RXE, RXL, RXT and Climber.

Hide Answerkeyboard_arrow_down
What is the waiting period on the Renault Kwid?

The Renault Kwid currently has a waiting period of around 2 to 3 weeks, depending on the variant, colour and place of booking.

Hide Answerkeyboard_arrow_down
What are the colour options on the Renault Kwid?

Hide Answerkeyboard_arrow_down
What are the rivals for the Renault Kwid?

The Renault Kwid rivals the likes of the Maruti S-Presso and the Datsun redi-GO.

Hide Answerkeyboard_arrow_down
Is the Renault Kwid compliant with the upcoming BS-VI emission norms?

No, Renault is yet to update the Kwid to comply with the BS-VI norms.

Hide Answerkeyboard_arrow_down
Is the Renault Kwid a good choice for a first-time car buyer?

Yes, the Renault Kwid does make a good choice for a first-time car buyer in India.

Hide Answerkeyboard_arrow_down
Which is better? Renault Kwid or Maruti S-Presso?

Apart from the design, the Maruti S-Presso is the better option between the two.