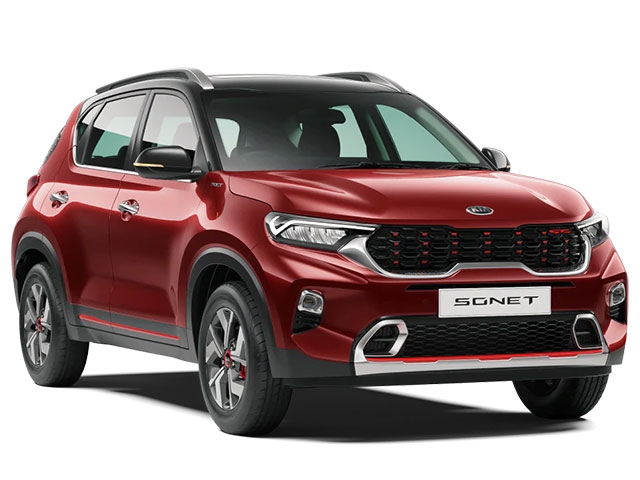 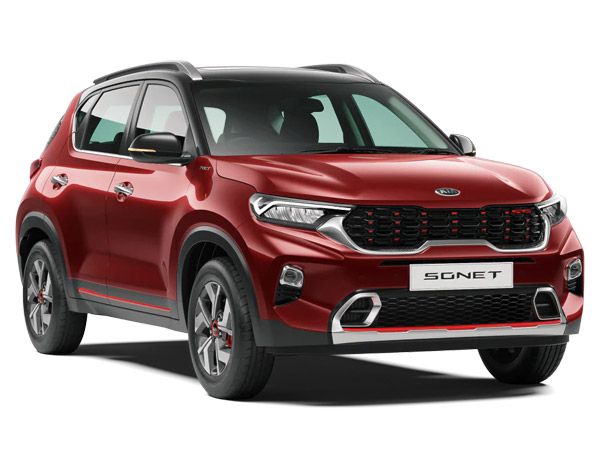 The Kia Sonet is the third model from the South-Korean carmaker in the Indian market. The Sonet is positioned in the competitive sub-4-metre SUV segment in the Indian market and below the Seltos in the brand’s product lineup. The Kia Sonet comes with an extremely bold and sporty design, with plenty of aggressive styling elements, making it an attractive offering in its segment.

Starting from the front, the Kia Sonet comes with the brand’s ‘tiger-nose’ grille with a black mesh and red inserts. The grille itself is surrounded by a knurl-finished chrome strip, adding character. The grille is further flanked by the brand’s ‘Crown-Jewel’ LED projector headlamps with integrated LED DRLs, which double up as turn indicators as well. The front bumper houses the fog lamps at either ends while also having the central air dam with silver elements and red highlights.

The rear profile features Kia’s heartbeat LED tail lamps which are connected through a thin reflector strip. The bottom part of the bumper is finished in gloss black and features silver accents for the fake exhaust ports and a faux diffuser as well.

Inside, the Kia Sonet comes with a very premium feel. The cabin is made up of soft-touch materials, leatherette upholstery and plastic parts. The leatherette upholstery extends to the seats, gear lever, steering wheel and the side door panels. The Sonet features a large fixture which houses the instrument cluster and the 10.25-inch infotainment system, which gives the car an upmarket look. 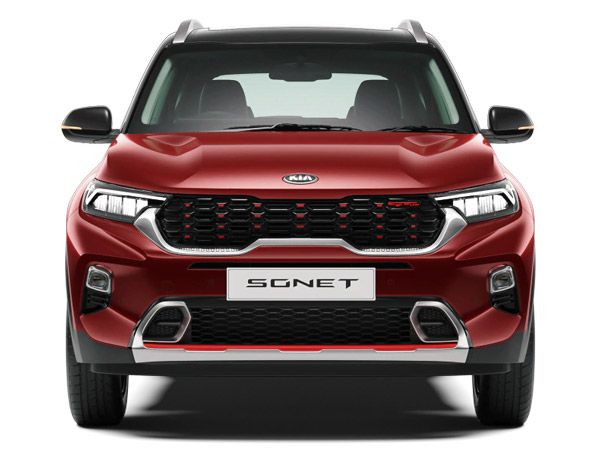 The Kia Sonet is offered with a choice of three engine options: two petrol and one diesel. The petrol choices include a 1.2-litre naturally-aspirated engine producing 83bhp and 115Nm of peak torque, paired with a five-speed manual gearbox. The second petrol engine comes in the form of a 1.0-litre T-GDI unit churning out 120bhp and 172Nm of peak torque. It is mated to either a six-speed iMT (intelligent Manual Transmission) or a seven-speed DCT (Dual-Clutch Transmission) automatic. 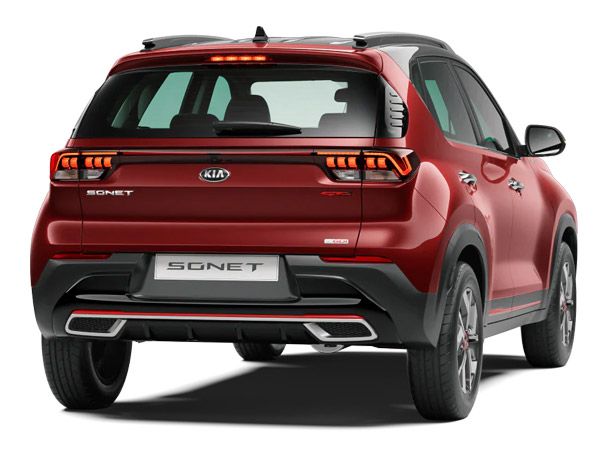 The Kia Sonet along with offering strong performance from all its engines, also claims high fuel efficiency figures as well. Kia Motors claim that the 1.2-litre petrol unit returns 18.4km/l, while the 1.0-litre turbo-petrol offers 18.2km/l of fuel-efficiency. The diesel, on the other hand, returns better mileage figures of 19km/l on the automatic and 24.1km/l on the manual version. All mileage figures mentioned are ARAI-Certified. 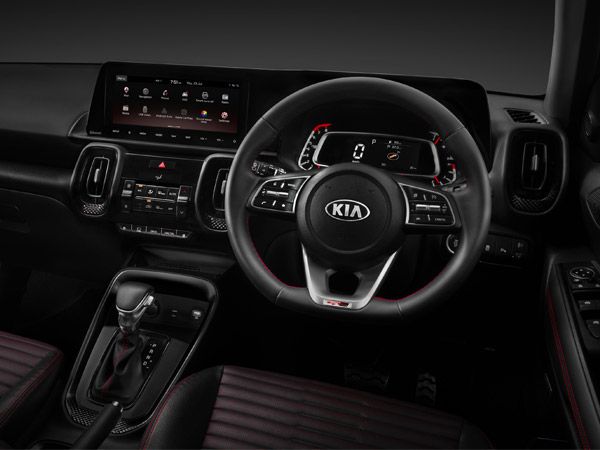 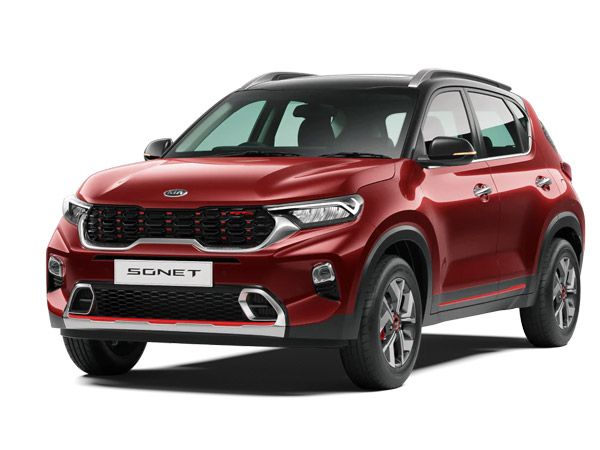 The Kia Sonet received an overwhelming response, even before its launch in the Indian market. The Sonet comes packed with features, equipment, technology and offers a comfortable and confident drive; all packaged in an extremely competitive price bracket making it an attractive offering in the segment.

What are the rivals to the Kia Sonet in the Indian market?

Hide Answerkeyboard_arrow_down
What are the variants on offer on the Kia Sonet?

The Kia Sonet is offered in a range of six variants: HTE, HTK, HTK+, HTX, HTX+ and GTX+.

Hide Answerkeyboard_arrow_down
How many colour options are offered on the Kia Sonet?

The Kia Sonet is offered in a range of 8 single-tone and 3 dual-tone paint schemes.

Hide Answerkeyboard_arrow_down
Which is the best engine and transmission option to choose on the Kia Sonet?

The Kia Sonet GTX+ with either the diesel-automatic powertrain or the turbo-petrol with the iMT gearbox have the highest demand and are the best choice.

Hide Answerkeyboard_arrow_down
What is the boot capacity on the Kia Sonet?

The Kia Sonet comes with a segment-leading boot space of 392-litres.

Hide Answerkeyboard_arrow_down
What is the booking amount for the Kia Sonet?

The Kia Sonet can be booked for an amount of Rs 25,000 either online or through any of the company dealerships across India.